A simplified presentation of the annual accounts is possible when the company does not exceed two of the following three thresholds:

Note: with some exceptions, all companies that comply with the thresholds of the actual simplified regime may adopt a simplified presentation of their annual accounts.

Finally, an exemption from drawing up the accounting annexes is also possible when the company does not exceed two of the following three thresholds:

VAT declaration for companies under the simplified real regime

The operation of the real simplified VAT system is based on the payment of half-yearly installments then the annual adjustment of the tax actually due. How much? Calculate that in the taxfyle’s tax calculator.

During the year, payment of half-yearly installments calculated on the basis of VAT due in the previous year or year. A deposit payment exemption is possible if the tax due (excluding deductible VAT on fixed assets) for the calendar year or the previous year is less than 1,000 euros.

For the first year, the amount of VAT deposits is determined by the taxpayer. Each deposit must represent at least 80% of the tax actually due.

The annual regularization of VAT

Once a year or per 12-month period, an annual VAT adjustment declaration must be sent to the tax service:

The statement CA12 to file no later than the second business day following the 1st of May, for a company that has a year end of December 31;

The option is exercised on the creation form (form P0, P EIRL or M0 depending on the case) and can be modified at the latest within three months of the start of the activity.

Switch from the real simplified regime to the real normal regime

The rules have already been presented above. On the other hand, it is possible to opt for the mini-real regime, which consists of being in the real normal VAT regime while remaining in the real simplified regime in terms of profits. Thus, the company waives the simplified formalities for the settlement of VAT.

The option must be made by registered letter with acknowledgment of receipt. It takes effect on the 1st January of the year during which it is exercised if it is notified before the deadline of the CA12 statement. It is valid for the current year and the following year, and is tacitly renewable for 2 years.

Companies falling under the simplified optional tax regime for the taxation of their profits can continue to benefit from the VAT exemption as long as their turnover does not exceed the thresholds of the micro-BIC regime. 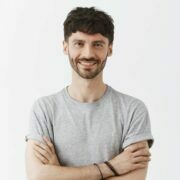 Small and Speedy: How Image Compression Can Improve Your Page Loading Speed